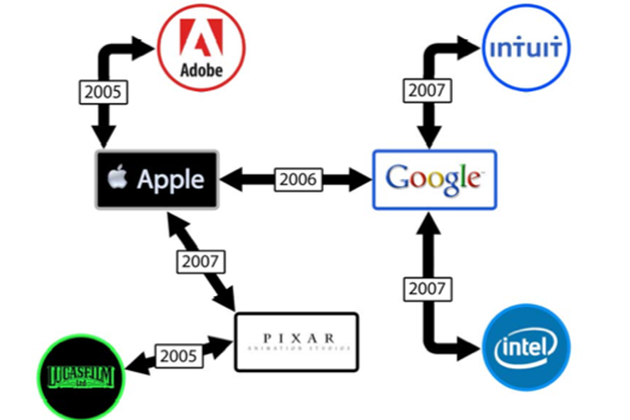 Programmers and other technical employees whose wages were allegedly kept artificially low by widespread no-hire pacts between Apple, Google, Adobe, and Intel are being granted class action status. California district court judge Lucy Koh ruled that the antitrust concerns of the “overarching conspiracy” between 2005 and 2009 warranted trying the case en masse. According to a lawyer representing the plaintiffs, over 64,000 employees who worked at the four companies are potential class members. Intuit, Pixar, and Lucasfilm had been named as defendants in the original complaint, but have reached tentative settlements with the plaintiffs totaling $19 million, Bloomberg …read more