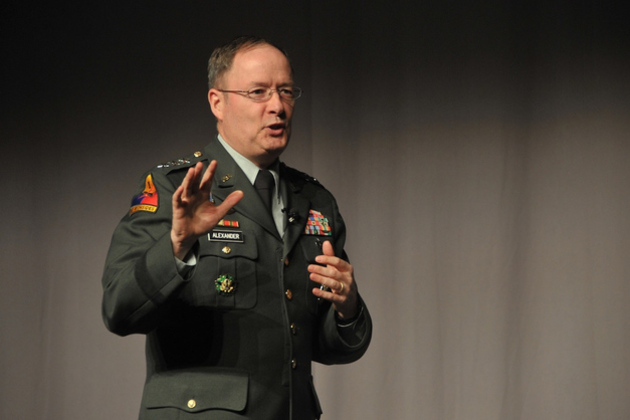 Reporters should be prevented from “selling” National Security Agency documents, Gen. Keith Alexander says in a videotaped interview with Department of Defense blog Armed With Science. In a discussion designed to reassure the American public that its government is not spying on them, the NSA chief calls for an end to the publication of documents leaked by former contractor Edward Snowden. “I think it’s wrong that that newspaper reporters have all these documents, the 50,000-whatever they have and are selling them and giving them out as if these — you know it just doesn’t make sense,” …read more